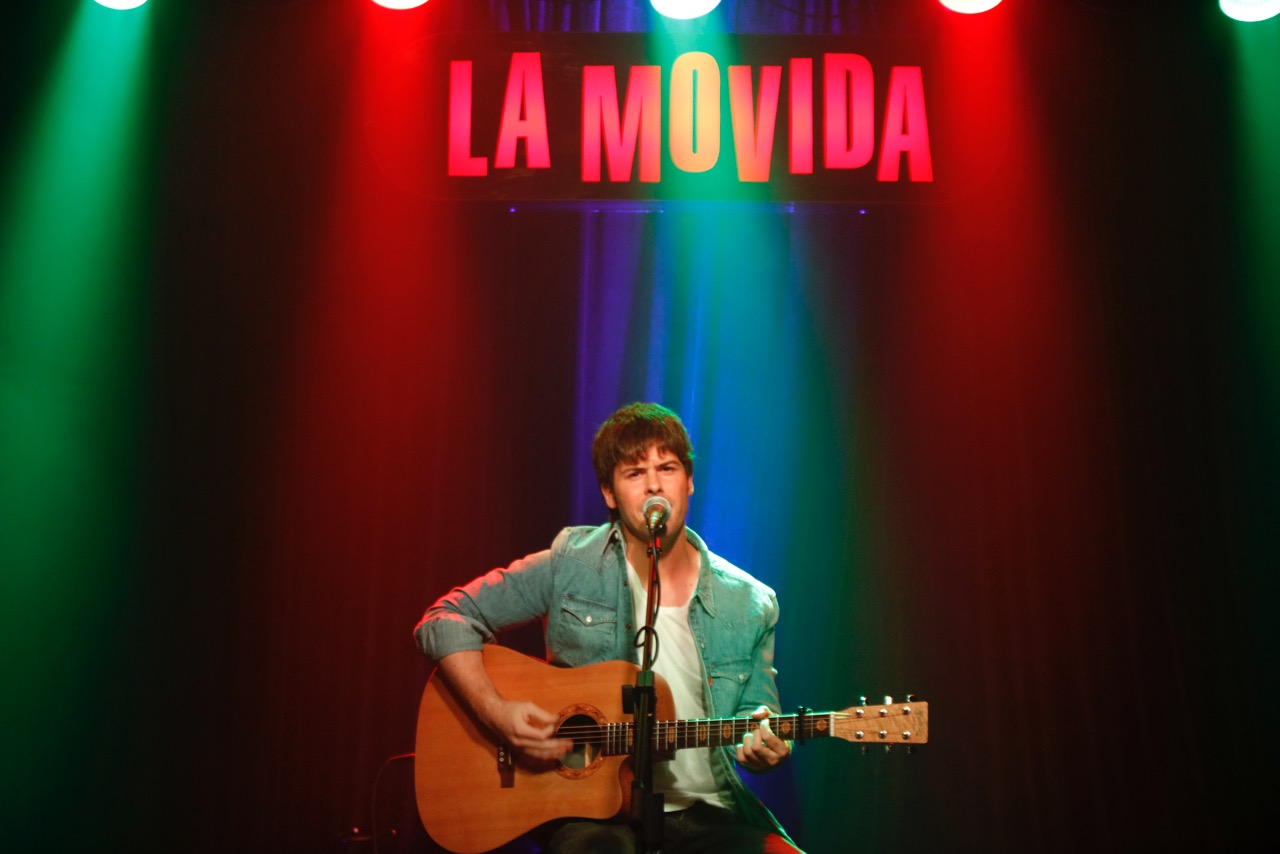 Madrid, September 19th, 2016. Last Saturday, Antiono Rivas performed live for the first time in Palma de Mallorca. His island debut took place at “La Movida” as part of his concert tour since the launch of his first album “Por Ahi”, which reached #1 on iTunes the same week of its release last November.

The concert, which was almost an hour and a half, energized an audience captivated with each of the Galician artist’s songs. Antonio Rivas surprised his audience with an acoustic show usinga loop pedal (a tool which allows him to record live different instruments, creating a melody as each one is added). The energy of some songs were especially notable, including “12 meses, “Soy bueno, soy tonto”, “Amor al reves” and the hit “Por Ahi” (#1 on iTunes).

Everything was played live with his acoustic guitar. With an impeccable voice, the entire show was a sight to see as the talent of the Gallego shined. He seemed especially comfortable in the great moments when he improvised with infinite guitar solos and his interactions with a lively audience.

Photos from the show: