Madrid, July 11th, 2016. This past Saturday Antonio Rivas performed on the main stage at Madrid’s prestigious “Noches del Botánico” festival, alongside an unforgettable lineup: Robert Plant (Led Zeppelin), Patti Smith, The Lumineers and Seal. The festival is series of solo shows, two per evening, in the dreamy Botanical Gardens.

On Saturday it was Antonio Rivas and 2 Cellos’ turn to take the stage, and they didn’t disappoint. With the venue packed (sold out), Antonio began playing at 21h as the sun set over Madrid.

Antonio Rivas surprised his audience with an acoustic show, approximately one hour, using a loop pedal which gave the impression that there were a dozen musicians on stage. All played with his acoustic guitar, live. Quite a sight to see how the Galician talent has grown.

Master guitar (inexhaustible solos in the distinct Galician style), composition, energy, and musical skill that the respectful audience was able to hear, appreciate and enjoy.

Songs such as Amor al Revés, Mundo Realidad and the hit Por Ahí (#1 en iTunes), brought the audience to life and showed their admiration for Antonio Rivas talent.

Without doubt, an unforgettable concert.

Find photos of the concert here: 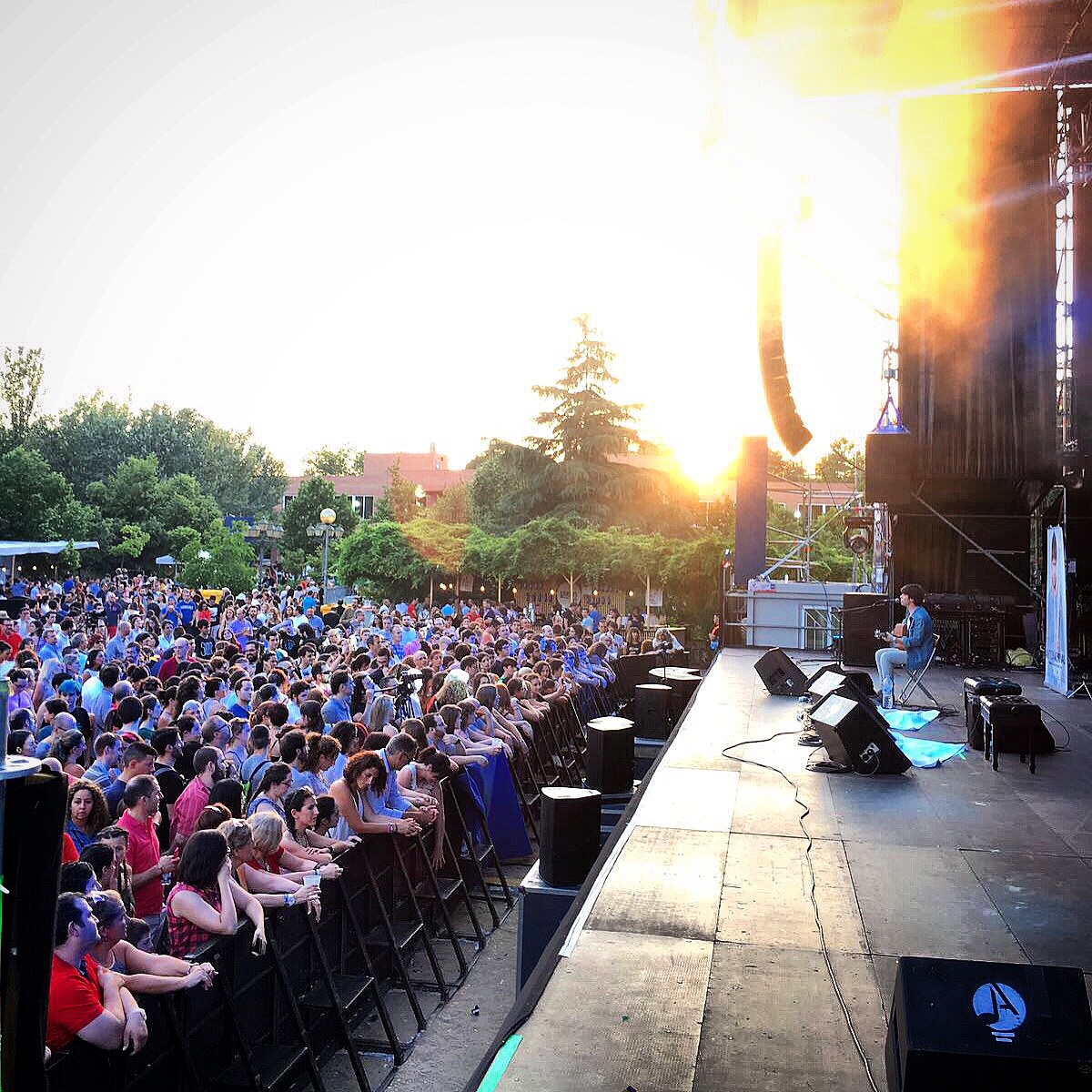